After weeks of qualifiers and regional finals, the winners of the Splatoon 2 North America Inkling Open 2019 and the Super Smash Bros. Ultimate North America Open 2019 tournaments were just crowned at the PAX East video game convention in Boston. The four-player team FTWIN splatted its way to victory in the Splatoon 2 final event, while the three-person team from the Southeast region of the U.S., composed of Wrath, Devonte and Poltergust, smashed their opponents to emerge as the victors in the Super Smash Bros. Ultimate finals. Poltergust won the final match using Yoshi.

But the finals at PAX East are not the end for this exciting series of Nintendo Switch tournaments. The winners of these tournaments will now head to Los Angeles to represent North America in the global championships for both Splatoon 2 and Super Smash Bros. Ultimate. The epic team-based Super Smash Bros. Ultimate World Championship 2019 3v3 and the Splatoon 2 World Championship 2019 tournaments will take place on Saturday, June 8, in Los Angeles. Both events will feature players from North America, Europe, Japan and Australia/New Zealand. More details about this exciting event, including how to attend or watch live online, will be revealed in the future. Keep an eye on e3.nintendo.com for more information. 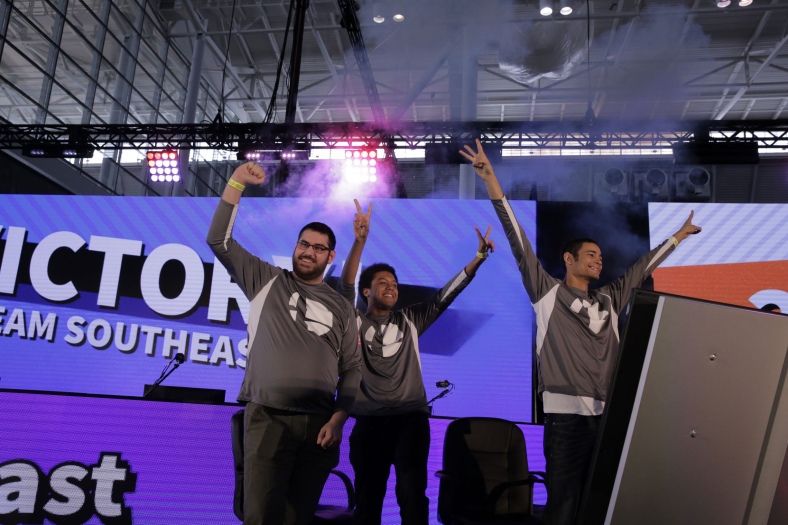 “We will showcase some of the best players of some of our biggest games on a huge international stage,” said Doug Bowser, Nintendo of America’s Senior Vice President of Sales and Marketing. “Whether you’re cheering for a favorite player or you just love to watch top-level competitive play, you’ll see how these events highlight the Nintendo community and bring people together.”

For more information about these Nintendo Switch tournaments, visit e3.nintendo.com.